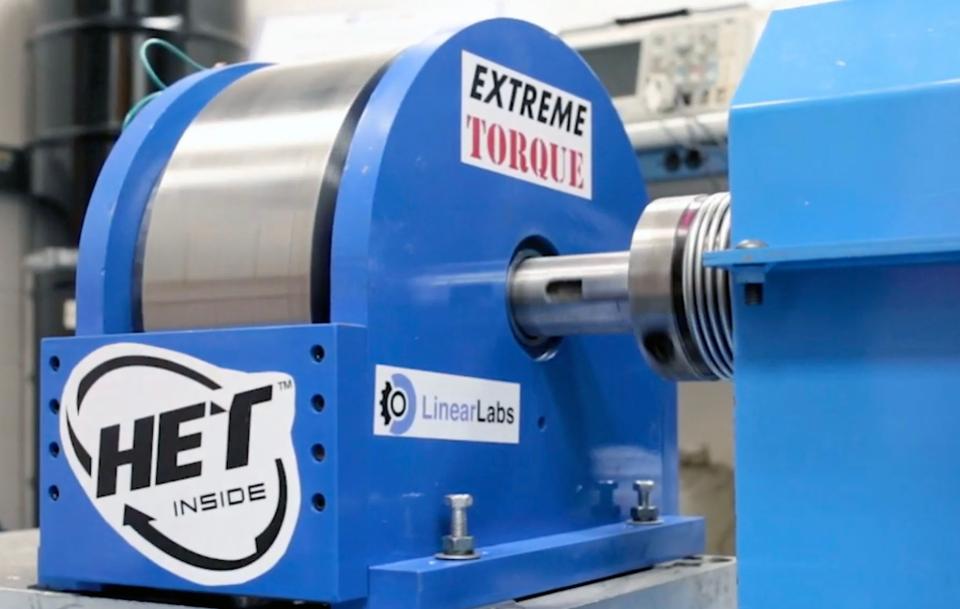 With the electric vehicle (EV) market heating up and due to become ever hotter, there’s a lot of focus on the key components that go into this major evolution of transportation technologies. Batteries get all the headlines, but just as important – maybe even more so – are motors, or electric motors more specifically.

Before Tesla and other electric carmakers put electric motors in a brighter spotlight, electric motors were… still pretty much everywhere, keeping our modern lives moving along. They are not some new or fringe technology segment; they are practically as old as electricity itself. We are literally surrounded by them as they silently churn away, lifting escalators, vibrating your phone, closing your car windows, spinning hard drives, pumping liquids, hauling freight trains (oh, you thought a diesel engine makes a freight train move? Think again), and now, powering an ever-growing number of mobility devices ranging from cutting-edge electric cars to electric skateboards to this thing to those pesky e-scooters littering some big city sidewalks. And more are coming. Many, many more. So just like anything in tech, demand is spurring a rapid R&D push, and electric motors are getting smaller, more powerful, lighter, and ever more efficient. Fly a drone, lately?

It’s vitally important to understand the role of torque in motors of any kind. All motors make power in two ways: Horsepower, and torque. Horsepower is a measure of how much work a motor can do, while torque is a measure of the motor’s twisting (or rotational) force. Electric motors have a big advantage over gas-powered engines in that they can make their maximum amount of torque right from the point at which they go into motion: essentially, at 0 rpm, or a standstill. Gas engines, on the other hand, have to be up and running to utilize any of their torque ability – and then they have to engage gears and spin faster to make more torque – until it finally tails off at high rpm. Electric motors, conversely, can make essentially the same amount of torque at all speeds. It’s this advantage – the ability to instantly create a strong twisting force from a standstill and maintain it – that gives electric motors the ability to rapidly accelerate a load into motion and then keep on accelerating, such as with an electric car or motorcycle. Massive torque output is the secret behind Ludicrous Mode in a Tesla sedan as it shames a much more expensive gas-powered car in a drag race. Additionally, electric motors are typically very efficient and make a lot of torque for their size and energy input, which is why they are used in freight train locomotives and so many other things.

But one nagging issue with the electric motors that most cars (and soon electric trucks) currently use is that for bigger jobs like moving that car or truck – or train – they often need a reduction gear to best utilize (and multiply) the torque, much like a gas engine needs a multi-gear transmission. However, the reduction gear “transmission” fitted to an electric motor is greatly simplified, it’s essentially one gear (or two), instead of 10. But it’s still something that requires parts (gears, bearings, casing, etc.), plus it adds weight, cost, and to an extent, more complexity, along with a small bit of efficiency loss for an electric drivetrain. But what if that reduction gear could be eliminated? That would mean fewer parts, less weight, lower cost, a tick more range, better reliability and more performance for EV makers of every stripe. Simple problem, right? Wrong. The reason it hasn’t happened already is because it’s a big engineering challenge.

Linear Labs, a father-and-son business in Texas, say they have developed what could be the next generation of motor technology that could give electric cars, scooters, skateboards and anything else that rolls or rides even more power and range by eliminating the reduction gearing problem. It’s called the Hunstable Electric Turbine, or HET, and it features what Linear Labs claims is the first real re-think of how an electric motor works. The secret sauce? The Magnetic Torque Tunnel.

If the name “Hunstable” sounds familiar, it’s because it belongs to Brad Hunstable, Founder and CEO of Linear Labs. Brad didn’t design the motor with his name on it – his father did. However, Brad did create Ustream, an internet streaming app not unlike Facebook Live, which he sold to IBM a few years back for $150 million. Now, he’s working with his father and a staff of about 20 others to literally (and hopefully) push one of the next big tech revolutions forward: Electrified mobility.

Brad’s father, Fred Hunstable, who is the company CTO, designed the HET motor and comes from a deep technical background that includes time in the nuclear power industry, so the Hunstables aren’t exactly shade-tree tinkerers. Brad says the motor has technically been in development for about five years, but he says the ideas for it have been kicking around for much longer.

Now, the HET motor is here and Brad claims that it will produce torque two to three times greater than similar-sized competing motors from any motor maker. “It has a whole host of benefits beyond that,” Brad told Forbes.com, “but that’s really what the breakthrough is.”

Technically, the patented HET motor (described in some detail in the above video from Linear Labs), as described by Brad Hunstable, is a “3D Circumferential Flux Motor” with four rotors. That might sound like it definitely belongs in an electric DeLorean, but some key technical innovations include the number of rotors (four) and the magnetic structure within the motor case, which creates said Magnetic Torque Tunnel and the improved performance. “No motor in the world has ever worked like this,” Brad said of the design, the name of which sounds perfect for some killer EV bench racing. “You got the Hunstable Flux Motor in that thing? Very nice…”

Fun techie terms and acronyms aside, Brad says the HET motors are highly scalable, and the larger they get, the better they work, especially in terms of torque. They can also work in reverse as energy generators, according to Hunstable. As an example, an HET motor in a wind turbine would not require a reduction gearbox, simplifying the flow of energy generation while saving weight, cutting the cost of the turbine and reducing complexity.

Hunstable says that improving efficiency by removing reduction gears is a primary goal of the HET motor idea, and that while he is a fan of the what he calls the “amazing” mechanical design work that goes into modern automotive multi-gear transmissions, he also thinks the time has come to rethink their inclusion – in any form – in the electric powertrain. Hunstable said Linear Labs has also worked with the U.S. Department of Energy on calculating range increases in common electric cars like the Nissan Leaf and estimates an HET motor swap could give a 10% to 20% range increase – a massive gain. Hunstable also said they are indeed talking to some OEMs about using the HET motors in future electric cars, and that removing the complexity of a reduction gear from the electric drivetrain can cause a “cascading effect” of savings in the construction of the vehicle as weight is lost and simplicity is introduced. “We will be in a car in a couple of years, there is no doubt in my mind,” Hunstable told Forbes.

Linear Labs is small, so if an OEM approaches them with a large order, they are hoping to team with a larger manufacturer of motors who would license the HET tech and meet the demand using the motor maker’s production facilities. Hunstable also said that while the current trade squabbles with China is affecting them, especially when it comes to scarce materials like neodymium, a key motor component, they have also seen performance gains in the HET using common iron ferrite stators, which is less efficient weight-wise but one tenth the cost of neodymium.

Hunstable said the HET motor could be even more effective in small mobility devices, like escooters (and hopefully electric skateboards). Given even bigger gains Hunstable says the HET can bring on a small scale, it would make sense for scooter makers to give the tech a try – and it could appear in a device as early as this year. He also said that the company is also focused on products you don’t really think of as “motorized” – such as air conditioners – that can be made much more efficient with an HET motor. With world temperatures on the rise, A/C will be a hot commodity – and in need of some efficiency for stressed power grids.

If things work out, Hunstable says HET motor construction by contracted OEMs that can make the small but powerful motors could help scale up Linear Labs’ future operations, but for now they remain focused on refining and building on their HET technology. “There are literally thousands of companies that can build these motors around the world,” Hunstable said. Indeed, the future for Linear Labs – and electric motor makers in general – is wide open when you consider how many millions of products in our modern lives require an electric motor, and how they might work better with a motor that’s lighter, simpler, more powerful and more efficient.