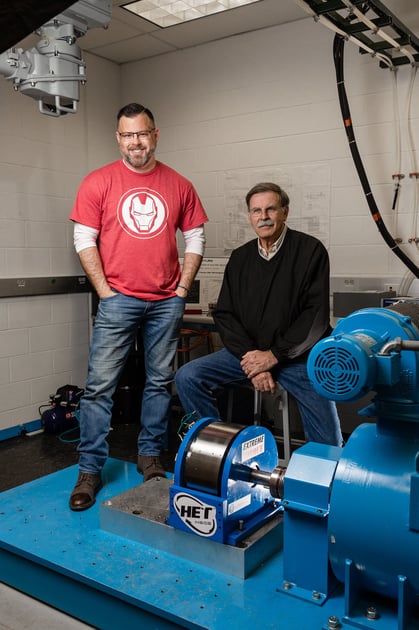 Fort Worth has long been a center of manufacturing. From Bell Helicopter to Lockheed’s massive plant on the city’s west side that dates back to World War II, manufacturing has been a mainstay of the economy.

Now an innovative electric motor manufacturer — Linear Labs — hopes to add to that legacy as it starts production on a high torque, efficient electric motor and drive system. The motors are currently aimed at the light electric vehicle industry that includes smaller mobility vehicles such as e-bikes, golf carts, small utility trucks and neighborhood electric vehicles that might be used for short trips.

But that is just a start for the much larger vision for CEO and co-founder Brad Hunstable.

“Fifty percent of the world’s electricity passes through some type of electric motor. If you can impact that, even just a small fraction is a big impact on energy, which in my thesis ultimately helps with human suffering, ” said Hunstable, during a tour of the manufacturing plant currently located in an industrial park at 2600 NE Loop 820.

The global light electric vehicle market is estimated to reach $7.6 billion by 2025, growing at a rate of 15% annually, according to Allied Market Research.

Hunstable, who grew up in Granbury, wants to build the company and its manufacturing here.

“I love this city,” he said. “I took money in my last round from local investors. I’ve hired people here because this city, we do advanced manufacturing. That’s what we’re good at. The talent I’ve hired or brought into this city are here. I want to continue to be here.”

Hunstable’s last company was based in Silicon Valley and that “bugged me,” he said. “I was from Texas and I was building something out in San Francisco. I’m not doing that again, I want to be here in Fort Worth.”

There are plenty of advantages to being here, he said.

Linear Labs has plenty of support.

The city of Fort Worth provided a $68.9 million economic incentive package in June 2020. A part of the deal requires Linear Labs to invest $4 million in improvements to its site near the AllianceTexas development and invest $614 million in research and development work. In return, the company will create a minimum of 1,200 full-time jobs, most paying an average salary of $70,000. That increases to $90,000 for jobs related to research and development. Currently, Linear has a team of about 50 and is hoping to nearly double that number by the end of the year, with a focus on hiring engineering talent.